147 Madison Street[/caption] Total of ten grants approved in 2017 TIFFIN, OHIO – February 8, 2017 – Yesterday, the Architectural Board of Review (ABR) approved five Façade Enhancement Grants for downtown building improvements. The projects were awarded a combined total of $23,274 , for a total reinvestment in downtown Tiffin of $46,550, leaving $45,800 available of the $100,000 set aside by the City of Tiffin for 2017. Tiffin Mayor Aaron Montz urges interested building owners to submit their 2017 applications quickly. “We depleted the city Façade Grant funds in six months last year,” he said. “At this rate, it is likely we will go through the 2017 funds even faster.” The former Crystal Traditions building at 147 Madison Street was approved for a $9,000 grant for a $18,100 project. Improvements include the replacement of storefront windows, man doors and a garage door, as well roof repairs. The Hank and Associates building at 137 S. Washington Street was approved for a grant of $2,250 for a $4,500 project. Improvements include exterior painting and new signage. The buildings as 187 and189 South Washington Street received separate approvals for window replacement projects for a combined grant total of $6,000 toward nearly $15,000 in exterior renovations. Lastly, 91-95 East Perry Street received a $5,950 grant approval for a $11,900 roof repair and painting project. The Façade Enhancement Program was established in September of 2014. At the end of 2016, the City of Tiffin had invested $250,000 in 38 projects, for a total reinvestment in downtown revitalization of nearly $1.2 million. About the Façade Enhancement Program This City of Tiffin reimbursement grant program was started in 2014 and provides a 50 percent match of funds for eligible exterior improvements on residential and commercial structures within the downtown historic district, up to $10,000. Each building is eligible to receive up to $10,000 per calendar year.  For more information, visit www.senecasuccess.com, search “Façade Enhancement”) About SIEDC Started in 1983, the Seneca Industrial and Economic Development Corp. (SIEDC) is a private, non-profit corporation dedicated to driving positive economic, downtown, and community development in Tiffin and Seneca County, Ohio, which consistently ranks among the top communities nationally for economic development. Learn more about the great things going on in Tiffin and Seneca County at www.senecasuccess.com. 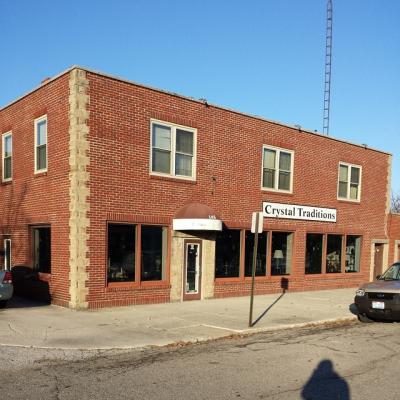