Students from Sentinel Career Center and the Vanguard-Sentinel District competed with more than 6,000 students at the SkillsUSA 52nd Annual National Leadership and Skill Conference in Louisville, KY from June 20-24, 2016, and tonight it was announced that they are bringing home gold metals in TeamWorks (construction), Carpentry, Collision Repair, and Nursing Assisting. The SkillsUSA event is considered the largest skills contest in the world, with more than 100 total contests, 1100 judges, and a 1.2 million square feet competition area.
Elissa Heal, Director of Sentinel Career Centers, accompanied 21 juniors and seniors from the Collision Repair Technology, Health Careers Academy,STNA Health Careers Academy, Culinary & Hospitality, Building Construction Trades, Collision Repair Technology, Public Safety, Cosmetology and Electrical Trades programs to compete in the national contests. All were state gold medal winners and already champions. These additional awards just allowed the best of the best in Ohio the chance to compete nationally.
Congratulations to Director Heal and all of our Sentinel students and instructors. We're proud of you and celebrate your success!
About Sentinel Career Center
The Seneca County-based Sentinel Career & Technology Center is located in Tiffin (central Seneca County), is part of the two-county district, and serves 560 students (1,100 district-wide). The District received As across the board on its report card from the Ohio Department of Education for technical skill attainment (92%), graduation rate (95% for four years), and post-program placement (98%). Sentinel is also the only vocational technical school in the nation to receive the National School of Character designation from Character.org. The school has also had multiple students compete nationally at the SkillsUSA challenge.
About SkillsUSA
SkillsUSA is a partnership of students, teachers and industry working together to ensure America has a skilled work force. SkillsUSA helps each student excel. SkillsUSA improves the quality of America’s skilled workforce through a structured program of citizenship, leadership, employability, technical and professional skills training.
About the SkillsUSA Championships
The SkillsUSA Championships is the national competition for public high school and college/post secondary students enrolled in career and technical education programs. SkillsUSA organizes this event, which is considered the largest skills contest in the world and the single greatest day of industry volunteerism in America annually at an estimated cost of more than $36 million. Each SkillsUSA Championships contestant is a state - level gold medalist. Begun in 1967, the SkillsUSA Championships has 6,000 competitors in 100 hands-on skill and leadership contests this year. SkillsUSA adds contests to the SkillsUSA Championships each year to meet the demands of new and expanding occupations.  SkillsUSA instructional programs represent 130 different occupational areas. 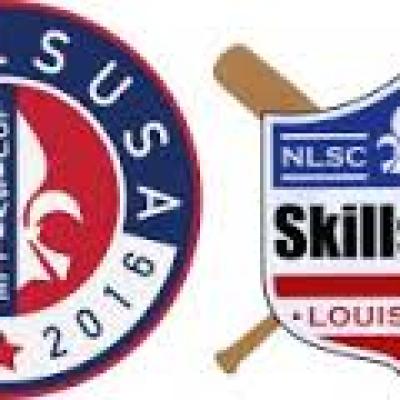