Tuesday, the Architectural Board of Review (ABR) approved a Façade Enhancement Grant for Reino’s Pizza and Pasta, located at 73 E. Market St. in downtown Tiffin. The $5,200 painting project received a $2,600 grant, the seventh awarded in 2016. The approval came just one day after Tiffin City Council approved an amendment to the Façade Enhancement Grant to accommodate “façade returns.” A façade return is considered to be any architectural elements carried continuously from the front to the side of a building. Tiffin Mayor Aaron Montz advocated the change: “There are several buildings with this unique condition where part of the side of the building really is part of the façade. Having this clarification added to the legislation opens the door for more improvement projects downtown.” This week's grant approval leaves a little more than $37,000 of the $100,000 set aside by the city for Facade Enhancement Grants for 2016. So far this year, $62,500 invested by the city has resulted in just under $224,000 of investment into the buildings in downtown Tiffin. Since its inception in 2014, 33 projects have generated about $1.1 million in improvements with $212,000 invested by the city. "Our return on investment with the Facade Enhancement Grant program is phenomenal," Montz said. "It is encouraging to see the community support behind it." 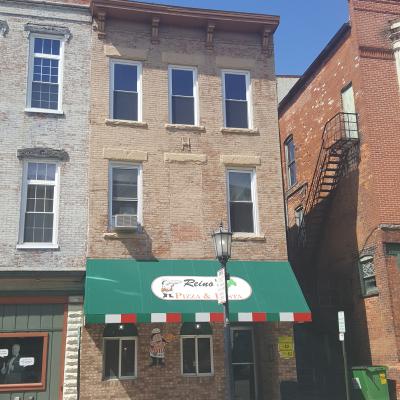