Last week, the Architectural Board of Review awarded Facade Enhancement Grants for the building at 33 Court Street, and improvements to the property at 20-22 South Washington Street. The projects were awarded a combined total of $20,000 for a total estimated investment of $82,000. Improvements at 33 Court Street will include repairs to slate, masonry, windows, cornices, roof, and dormers, as well as painting. The total estimated cost of the improvements is $36,000. The project at 20-22 S. Washington St. will be a brick veneer for the wall exposed when the two buildings were demolished in February. The estimated cost of the project is $46,000. Property owner Lenny Clouse says the new veneer will not only improve the look of the wall, but also reinforce it. These projects represent the fifth and sixth Facade Enhancement Grants awarded in 2016, the third year for the program, and bring the total reinvestment into the appearance of downtown Tiffin for 2016 to more than $200,000. 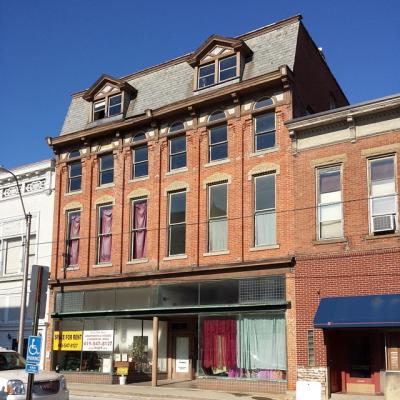