SHARE THIS
National chain to open new location in October

TIFFIN, OHIO – July 15, 2015 – Regional Domino’s franchise owners Brian and Jennifer Edler announced today that they are bringing the second largest pizza chain in the world back to Tiffin. The store is set to open in October at 240 West Market Street. Jennifer said they chose to open a Tiffin location because they often visit the town and believe it has great potential. “We go through Tiffin a lot visiting family in Willard, and Brian managed a Domino’s store in Tiffin about 20 years ago. We know the town pretty well,” she said. “I am happy to welcome a new restaurant to Tiffin and have a strong national brand alongside our locally owned businesses, creating more options for the community,” Tiffin Mayor Aaron Montz said. Though the opening is weeks away, they are currently hiring employees for the Tiffin location to be trained at other locations, in order to be ready for the opening. Jennifer said a store of this size usually requires about 20 employees. Brian Edler is a notable Domino’s franchise owner, with 12 other stores. In 2012 Domino’s began selling the Parmesan Bread Bites he invented nationwide, and he was featured in a national ad campaign to promote the new item. He is the Midwest chapter representative of the Domino’s Franchise Association and in May of 2015 he won the International Franchise Association Gold Franny Award for operational excellence. He broke the world record for most pizzas made, cooked and boxed in an hour, as part of an event that raised over $37,000 for local and national charities. “We are big believers in supporting all the communities in which we own and operate stores, and will do so when we open in Tiffin,” Brian said. Founded in 1960, Domino’s is the second largest pizza chain in the United States and the largest worldwide, with 11,000 franchise and corporate stores in 70 countries. About SIEDC Started in 1983, the Seneca Industrial and Economic Development Corp. (SIEDC) is a private, non-profit corporation dedicated to driving positive economic, downtown, and community development in Tiffin and Seneca County, Ohio, which consistently ranks among the top communities nationally for economic development. Learn more about the great things going on at the company’s blog at www.senecasuccess.com. 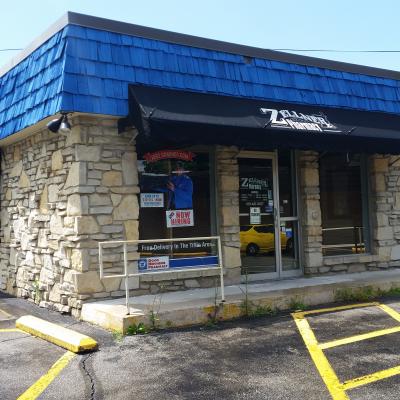