SHARE THIS
TIFFIN, OHIO – January 28, 2015 – The Seneca Industrial and Economic Development Corp. (SIEDC) released today two reports designed to assist public officials with the decision on a location for a joint county-municipal courts facility, also known as a Joint Justice Center. City and County officials, private investors, and SIEDC have been awaiting the results to help in the site selection process.

The reports released today are designed to complement a state-funded Joint Justice Center Study published in March 2014 by Burgess & Niple and managed by the North Central Ohio Regional Council of Governments. That study was conducted to examine options to resolve security, privacy and other issues in the courts that “pose risk to the public, the City and the County.” After analyzing various options, it advocates for a consolidated courts concept because of operational savings and administrative benefits. The study specifically recommends a new 36,000 square foot facility on the site of the former Seneca County Courthouse, which would connect to the existing 18,000 square foot annex. It estimates the construction costs of that project to be approximately $8.5 million.

Started in July 2014, the privately-funded East Tower Feasibility Analysis released today examines the idea of repurposing the historic former Columbian High School for a Joint Justice Center as well as a multi-tenant office building. It concludes that the building is in “good condition,” an “architectural gem,” and that a Joint Justice Center should be pursued as a “prime use of the site.” The study also includes consideration of an alternative commercial use for the site, in the event it is not selected for a Joint Justice Center. SIEDC managed the study as a neutral, independent third party. The study team--made up of the Gossman Group (Cincinnati), Schooley Caldwell Associates (Columbus,) GOP Limited (Cincinnati,) and Via Design (Grand Rapids, MI)--came up with an expandable courts design that renovates 22,000 square feet, adds 32,000 square feet, creates 43 onsite parking places, and includes a separate juvenile-probate sally port. It estimates the adjusted construction costs, with historic tax credits, to be approximately $10.0 million. The study affirms that “renovating the East Tower into the JJC provides a win, win, win opportunity for the community. City & County government both win with a project that meets current needs and future JJC expansion as well as preserving an iconic landmark building. In addition, downtown Tiffin wins by retaining one of its strongest visual assets, gaining a town green for community functions & events that leverages other strategic investment.” The study also lists a variety of incentives and resources that could reduce the upfront cost and suggest that additional savings might be achieved through the interactive conceptual design process.

Also being released today is an interim report of the publicly-funded Downtown Strategic Growth & Development Plan, which serves as an update and extension of the 2010 strategic plan. The new plan will redraft the downtown design guidelines as well as identify, review, and develop implementation plans for catalytic projects that will transform Tiffin’s downtown. Tiffin City Council approved funding for the study in October. A consultant team made up of the Gossman Group (Columbus), EDGE Landscape Architects and Planners (Columbus), and LSL Planning (Royal Oak, MI) began work in November. This report assesses location decisions from a planning and placemaking perspective. It maintains that the guiding principles from the 2010 plan are still valid, and it applies them to the current situation. It concludes that the “East Tower location and preservation and enhancement of the existing green” is “by far the most beneficial,” “maximizes the potential economic impact;” and applies “best practices and also best implements the recommendations of the strategic downtown plan.” In addition to releasing these reports, SIEDC is also presenting information describing the economic benefits of the project as well as both proposed locations. Keeping the project in the downtown is important because upwards of one hundred court employees and attorneys work in the downtown and numerous existing businesses there depend on them daily for their dining and shopping business. SIEDC also projected that the benefits of the East Tower location could translate into more than $5 million in new investment, 50 new jobs, and $1 million in new retail sales over the next five to ten years, which could represent new local tax revenue of up to $1.6 million over ten years when fully realized. SIEDC’s President & CEO David Zak was happy with the results. “Our mission is to facilitate projects and to work on initiatives that make Tiffin and Seneca County a great place to live and grow a business. We feel that with the studies released today and our economic impact estimate, we are fulfilling that mission and working to provide positive, objective leadership in downtown, economic, and community development.” SIEDC’s Board Chair Rob Huntington, President of Heidelberg University, concurred, “There is a strong sense that this a seminal moment in Tiffin’s and Seneca County’s history, and we want to help drive projects that will have the biggest transformational impact to the downtown and surrounding area. In the end, it is all about jobs and quality of life for years and decades to come.” About SIEDC Started in 1983, the Seneca Industrial and Economic Development Corp. (SIEDC) is a private, non-profit corporation dedicated to driving positive economic, downtown, and community development in Tiffin and Seneca County, Ohio. In 2012, the community was ranked in the top 5 percent nationally for economic development, and last year, it was recognized as one of the top ten communities out of 600 micropolitans in the US. Learn more about the great things going on at the company’s blog at www.senecasuccess.com. 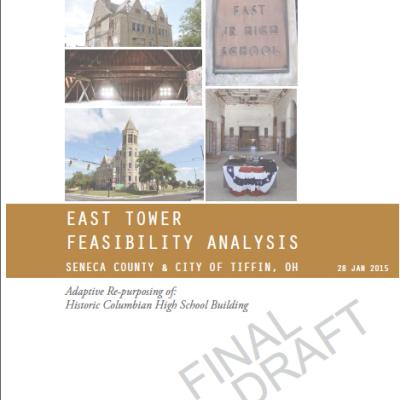 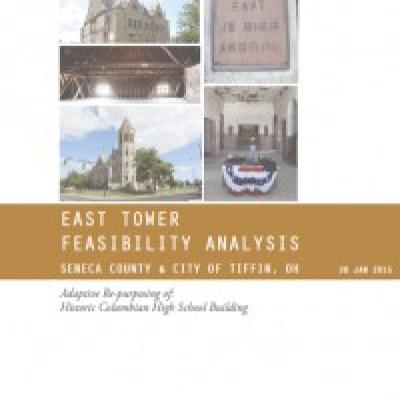 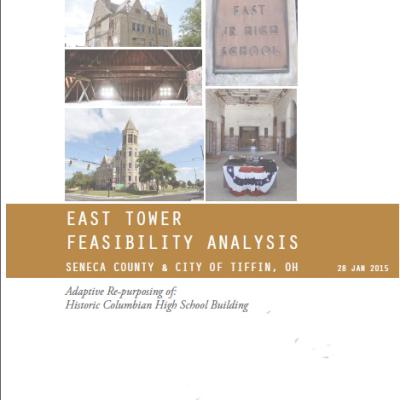 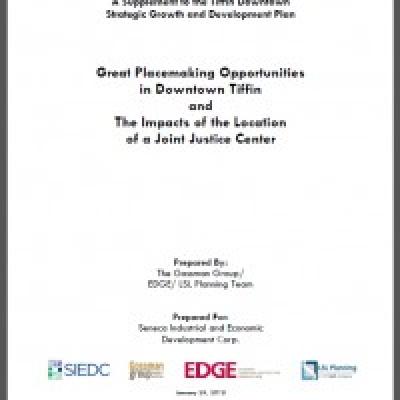 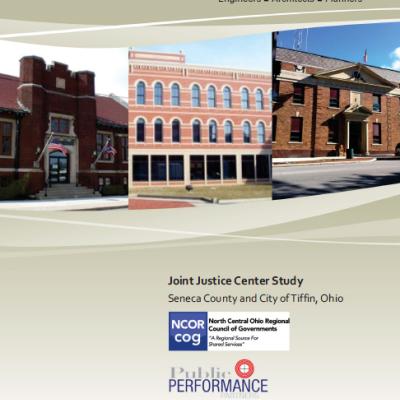