TIFFIN, OHIO – November 6, 2014 – Local entrepreneur Jay Bhavsar announced today that he just received approval to develop the next Mr. Hero franchise for the Cleveland-based submarine restaurant chain.  The shop will be located together with the B & B Food Mart at the 263 N. Washington St. location in the “Six’s Corners” commercial district. Renovations have just begun, and the store expects to open before the end of the year. Bhavsar’s investment into the property, franchise and renovations are likely to surpass $200,000, and he is expecting to add three new employees to the five currently on staff.  He purchased the property in 2011, and sales have increased steadily as people have become aware of the selection of more than 250 import and export beers as well its humidor and specialty cigars. “We have one of the largest selections in northwest Ohio,” he said, “and willing to fulfill almost any customer’s request.” Discussions with Mr. Hero began this summer, and the company is willing to allow the owner of Tiffin’s newest retail business to expand further. The company currently has more than 90 Ohio locations, and the closest to Tiffin currently are in Toledo and Sandusky. “Tiffin is my home, and my customers and employees are like family,” said Bhasvar, “but if things go well, we will explore other potential locations in the area.” Tiffin Mayor Aaron Montz was pleased with the news, “Jay is another one of our great local businesspeople, and I couldn’t be happier for him. It’s also great to see the retail momentum reach the city’s north side, and we’re happy to welcome a new brand to our community.”  About Our Hero Started in 1965 on Cleveland’s west side, the chain has grown to more than 90 locations throughout northeast, northwest and central Ohio. The chain uses proprietary recipes and prides itself on the freshness of its ingredients and cooking each order when placed and not using microwaves or warming trays. Its menu features its signature Romanburger and Hot Buttered Cheesesteak, along with other steak, burger, chicken, side, and deli items. More information can be found at www.mrhero.com. About Jay Bhasvar A 9/11 survivor, Bhasvar grew up is an entrepreneurial household. His father and grandfather run the largest producer of raw tobacco in India. He came to the United States to work in the finance and insurance industry, working for Blue Cross Blue Shield on the 38th floor of the north tower of the World Trade Center the day of the tragedy. After surviving the attack, he decided to follow in his father’s footsteps and own his own business, eventually coming to Tiffin in 2011 to start B & B Food Mart. He currently resides in Tiffin with his wife, son and daughter. News about the latest happenings at B & B Foodmart can be found at facebook.com/tiffinbp. About SIEDC Started in 1983, the Seneca Industrial and Economic Development Corp. (SIEDC) is a private, non-profit corporation dedicated to driving positive economic, downtown, and community development in Tiffin and Seneca County, Ohio. In 2012, the community was ranked in the top 5 percent nationally for economic development, and last year, it was recognized as one of the top ten communities out of 600 micropolitans in the US. Learn more about the great things going on at the company’s blog at www.senecasuccess.com. 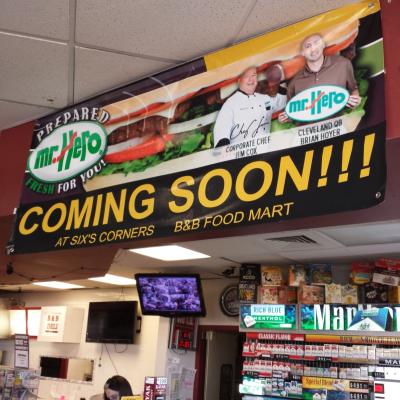 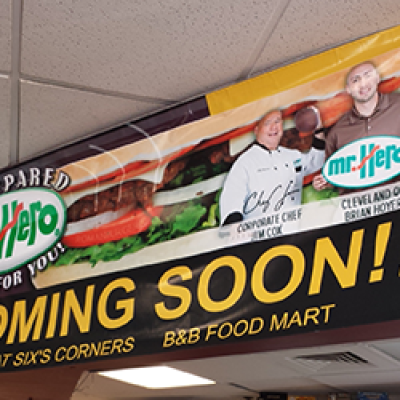