Tiffin building owners have a new reason to love their city, the Facade Enhancement Program. Through this program, the city reimburses 50% of the costs of a project related to the facade of a building within the Architectural Board of Review district, up to $10,000. In its first four years, more than 60 buildings have utilized the program. The Facade Enhancement Grant Program has seen more than $2.2 million reinvested in downtown Tiffin. The Best Public/Private Partnership Award was created to recognize partnerships between organizations and government, which leverage resources to create a positive lasting impact. From Joyce Barrett, the executive director of Heritage Ohio: "Tiffin's grant program shows how a little investment will pay back even greater dividends." Tiffin-Seneca Economic Partnership Downtown Main Street Manager Amy Reinhart and Tiffin City Councilman Tyler Shuff accepted the award. [youtube https://www.youtube.com/watch?v=e0fKrC8NMf0&w=560&h=315]   Young Preservation Leaders - Suzie Reineke and Weston Reinbolt

Suzie Reineke and Weston Reinbolt have purchased and rehabilitated four historic buildings, which now house 12 lofts and six storefronts in downtown Tiffin. Reineke and Reinbolt prioritize working with local businesses and contractors to further stimulate the local economy. The Young Preservation Leader Award was created to recognize individuals under 40 that have shown outstanding leadership in revitalizing and preserving Ohio communities. Heritage Ohio's independent award selection committee was quick to recognize Reineke and Reinbolt. From Joyce Barrett, the executive director of Heritage Ohio: "Suzie and Weston stood out, because of their accomplishments you might think they were working at this full time, but this is their hobby." Suzie's father, Bill Reineke, accepted the award on Suzie and Westons' behalf. [youtube https://www.youtube.com/watch?v=BLISvSbyQJY&w=560&h=315]   Main Street Director of the Year - Amy Reinhart Amy initiated a relationship with Heritage Ohio as soon as she started working for the Seneca Industrial and Economic Development Corporation (now Tiffin-Seneca Economic Partnership) back in June of 2014, as she ushered the program through the process of becoming a certified Main Street in 2015. Trained as an architect taking on the implementation of Tiffin's Facade Enhancement Program was a natural. Under her direction, Tiffin has seen 36 new businesses open in the downtown area. Amy began with eight dedicated volunteers, now more than 50 people have joined the downtown committees. She keeps the big picture in mind while implementing the vision of Tiffin's strategic plans, while attending to the tiniest of details of their many events. Her contributions to the city of Tiffin have been invaluable. The Main Street Director of the Year Award was created to celebrate Ohio Main Street executive directors who clearly excel in the services they provide their communities. Heritage Ohio's independent award selection committee recognized Reinhart's impact on the Tiffin community. From Joyce Barrett, the executive director of Heritage Ohio: "Many individuals were considered. We were pleased to receive as many high-quality nominations." About Heritage Ohio As Ohio's official historic preservation and Main Street organization, Heritage Ohio fosters economic development and sustainability through preservation of historic buildings, revitalization of downtowns and neighborhood commercial districts, and promotion of local tourism. Learn more by visiting www.heritageohio.org. 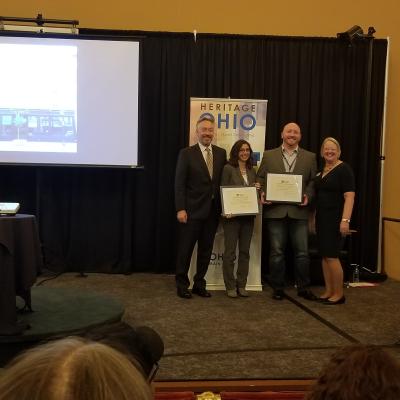 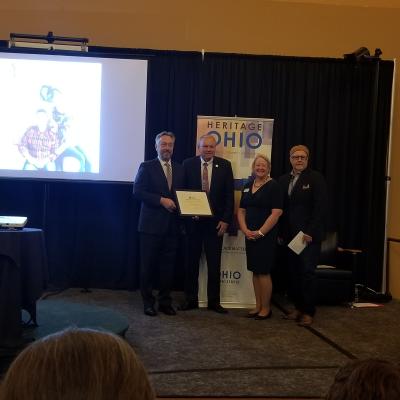 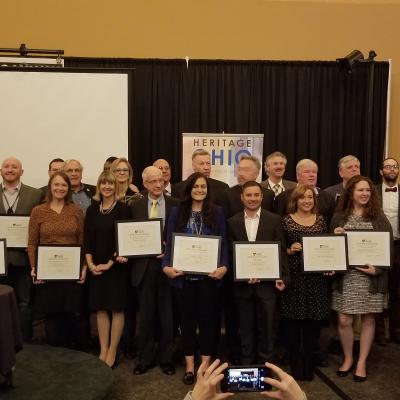