TIFFIN, OHIO – August 22, 2017 – American Fine Sinter (AFS) announced today that it will be moving forward with the addition of two production lines at its North American headquarters in Tiffin, Ohio, investing $20 million in equipment and creating 25 new jobs. Tennessee was also a possible site. AFS President Masayuki Yamamoto attributed the company’s continued growth to its customers, employees and the community: “Our business base is expanding, and we are thankful to have dedicated employees and the backing of the Tiffin community, which allow us to continue to advance.” This company’s last expansion was announced in 2014, when the company invested $25 million and committed to add 24 new jobs. Since then, they have added 106 jobs and now have 246 employees. This project will fill the remaining space in that expansion with equipment to produce mid and high torque carriers for the Toyota Highlander, RAV4, and Camry, using new technology developed by Toyota. The Tiffin plant is one of three worldwide to use the process. Tiffin Mayor Aaron Montz applauded AFS’s commitment to the community: “AFS has been a great employer for Tiffin for the past 16 years, and it is wonderful that they continue to choose to invest and grow here.” With the previous expansion, real property tax exemptions played a significant role due to the cost of building construction. With this expansion, workforce has been the focus, as the company continues to hire at a rapid rate. Initiatives like the Seneca County Workforce Development Strategic Plan, Manufacturing Showcase, and the Student Job Fair are important for long-term success and have helped make the company comfortable with growing here. About American Fine Sinter American Fine Sinter (AFS) was established in 2001 in Tiffin, Ohio and started production in 2003. Today, Fine Sinter Co. a joint venture between Tokyo Sintered Metals (TSM) and Japan Powder Metallurgy (JPM), the parent company of AFS, is a $350 million company with more than 1,000 employees worldwide. The company manufactures parts for the automotive, railroad, industrial machinery, and hydraulics industries, and American Fine Sinter most recently has focused on valve seats and variable cam units for the automotive industry. About SIEDC Started in 1983, the Seneca Industrial and Economic Development Corp. (SIEDC) is a private, non-profit corporation dedicated to driving positive economic, downtown, and community development in Tiffin and Seneca County, Ohio, which consistently ranks among the top communities nationally for economic development. Learn more about the great things going on in Tiffin and Seneca County at www.senecasuccess.com. 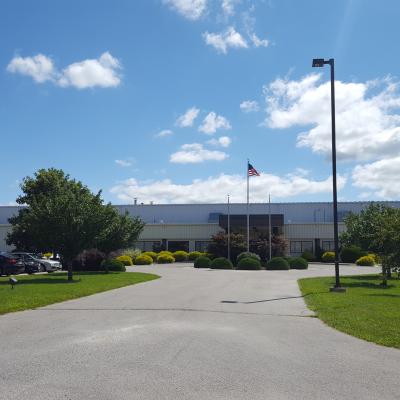