Dave Spridgeon prepares a cocktail.[/caption] TIFFIN, OHIO – April 13, 2017 – Dave Spridgeon, partner in the Bourbon Affair of Findlay, has announced plans for a bourbon bar in downtown Tiffin. Located at 129 S. Washington St. and named The Renaissance Refined Spirits, the bar will feature a wide variety of whiskey and wine with a Roaring Twenties theme. “My hope is to have the widest whiskey variety in the state,” Spridgeon said. Along with whiskey and cocktails, The Renaissance will also provide a range of other beverages including 20-30 wine options and twelve beers on tap – half domestic and half craft brews. The menu will also offer three small plate options, and patrons are encouraged to order outside food to enjoy at the bar. “We would like to work with local restaurants, and complement other downtown businesses,” Spridgeon said. Spridgeon also plans to hold regular events, including a monthly whiskey tasting featuring distilleries, and special event such as a Kentucky Derby party and a party commemorating the end of Prohibition. Tiffin Mayor Aaron Montz is excited for the new development downtown: “The Renaissance will further our vision of making downtown Tiffin a destination, and provide another high-quality option for residents. This is not just another bar, this is a full experience.” Spridgeon says it’s about the atmosphere: “If I go to another city, I want to taste their flair, to go home and tell people, ‘you won’t believe it, you need to experience this.’” Preparations for the opening include a renovation of the interior of the building, carrying the theme of the 1920s throughout. Servers will even dress in period costume. The target completion date is set for late summer 2017. About SIEDC Started in 1983, the Seneca Industrial and Economic Development Corp. (SIEDC) is a private, non-profit corporation dedicated to driving positive economic, downtown, and community development in Tiffin and Seneca County, Ohio, which consistently ranks among the top communities nationally for economic development. Learn more about the great things going on in Tiffin and Seneca County at www.senecasuccess.com. 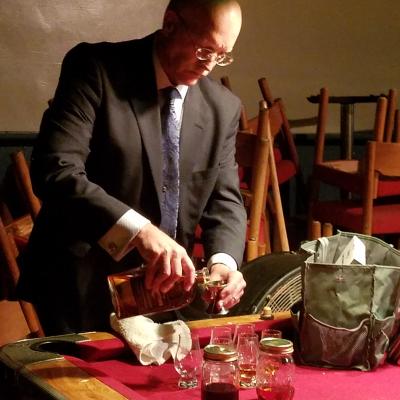