33 S. Washington St.[/caption] TIFFIN, OHIO – January 17, 2017 – Today, the Architectural Board of Review (ABR) approved five Façade Enhancement Grants, the first grants approved in 2017. The projects were awarded a combined total of $30,850, for a total reinvestment in downtown Tiffin of $65,500. Tiffin Mayor Aaron Montz says the program is off to a strong start. “Last year was amazing! We ran out of funds halfway through 2016,” he said. “We are in our third year of the program and it is more in demand than ever; the momentum just keeps building.” Three buildings were awarded grant funds for roofing projects: St. Paul’s United Methodist Church, 25-27 S. Washington St., and 29-31 S. Washington St. Additionally, 132-134 S. Washington St. (Viewpoint Graphics) was approved for a brick tuck-pointing and overall façade painting project, and 33 S. Washington St. was approved for replacement windows. The building at 33 S. Washington St. will be the first to take advantage of the “façade return” allowance approved in May 2016. Building owner Ned Behm appreciated the ABR including the unique situation. “I received grant funding for the front of my building in 2015, but it didn’t take into account the windows that were a part of the overal ‘façade’ but not technically facing the street,” he said. “I am pleased that program was amended to accommodate my building as well as the other buildings downtown with the same issue.” The Façade Enhancement Program was established in September of 2014. At the end of 2016, the City of Tiffin had invested $250,000 in 38 projects, for a total reinvestment in downtown revitalization of nearly $1.2 million. About the Façade Enhancement Program This City of Tiffin reimbursement grant program was started in 2014 and provides a 50 percent match of funds for eligible exterior improvements on residential and commercial structures within the downtown historic district, up to $10,000. Each building is eligible to receive up to $10,000 per calendar year.  For more information, visit www.senecasuccess.com, search “Façade Enhancement”) About SIEDC Started in 1983, the Seneca Industrial and Economic Development Corp. (SIEDC) is a private, non-profit corporation dedicated to driving positive economic, downtown, and community development in Tiffin and Seneca County, Ohio, which consistently ranks among the top communities nationally for economic development. Learn more about the great things going on in Tiffin and Seneca County at www.senecasuccess.com. 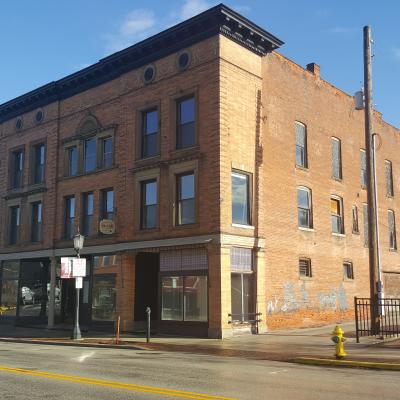