SHARE THIS
Ballreich Bros, Inc., a Tiffin staple for potato chip and other snacks since 1920, was recently recognized nationally for their potato chips and sticks. Ballreich's has been in the news frequently lately with the opening of their Granny B's Company Store last September, and their recent half-million dollar investment in new equipment. Read more about the awards in Ballreich's official press release:

On July 16, 2016, the nation’s first Potato Chip Festival was held in Saratoga Springs, New York, the birthplace of potato chips.  This event not only created history for the potato chip, but also for Ballreich’s Potato Chips and Snacks.  We are proud to announce our remarkable awards: These awards are a great honor, as the competition was fierce.  We competed against Lay’s, Utz, Wise, Jones', Bickel's, Mister Bee, Better Made, Herr’s and more!  Making these awards even sweeter is the fact that the festival was held in a region of New York outside our normal distribution area, where many judges and attendees enjoyed our potato chips and sticks for the first time! 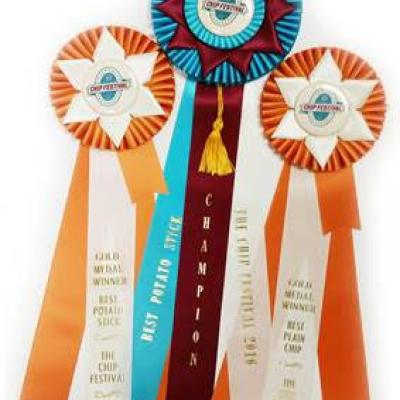