Click here to watch video - WTOL 11 in Toledo[/caption] National Machinery, a global leader in cold forming machinery and process technology headquartered in Tiffin tomorrow, continues to grow and expand its presence. The latest news involves the approval of a local tax incentive for a $6.5 million investment and the creation of at least 20 new jobs. The project involves an expansion of both manufacturing and research and development capacity. This event follows the announcement last year of expansion plans supported by JobsOhio, the Regional Growth Partnership, and the Ohio Tax Credit Authority. The unanimous passage of a New Jobs Tax Credit by Tiffin City Council this week demonstrates the community's commitment to job creation and helping our existing companies remain competitive. We at the Seneca Industrial Economic Development Corporation (SIEDC) enjoyed working with the company and Crowe Horvath to make the incentive and project a reality. National Machinery is an NM Group Global affiliate, which is also headquartered in Tiffin, Ohio. NM Group Global owns companies with operations in OH, IN, NY and several countries worldwide. National Machinery itself was started in 1874 in Cleveland and was recruited to come to Tiffin in 1882 (economic development has been going on here for more than 130 years!) Among several other accomplishments in invented several of the world's largest forging presses and introduced the world's first cold nut former in 1944, which is still industry's preferred process. Today, the company has machines in operation in 61 countries and facilities in Tiffin (HQ, manufacturing, R&D); Nuernberg, Germany; Suzhou, China; and Nagoya, Japan. Clearly, this is a Seneca Success! 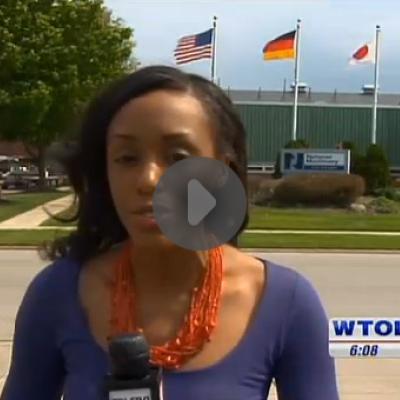